We have been on the Pimlico Road for a decade, and we are celebrating with our anniversary collection Ten from Ten, 10 rugs from 10 years, and looking at some of the team's 'top tens'. Luke reads widely, here are the top ten books he would happily pass on. 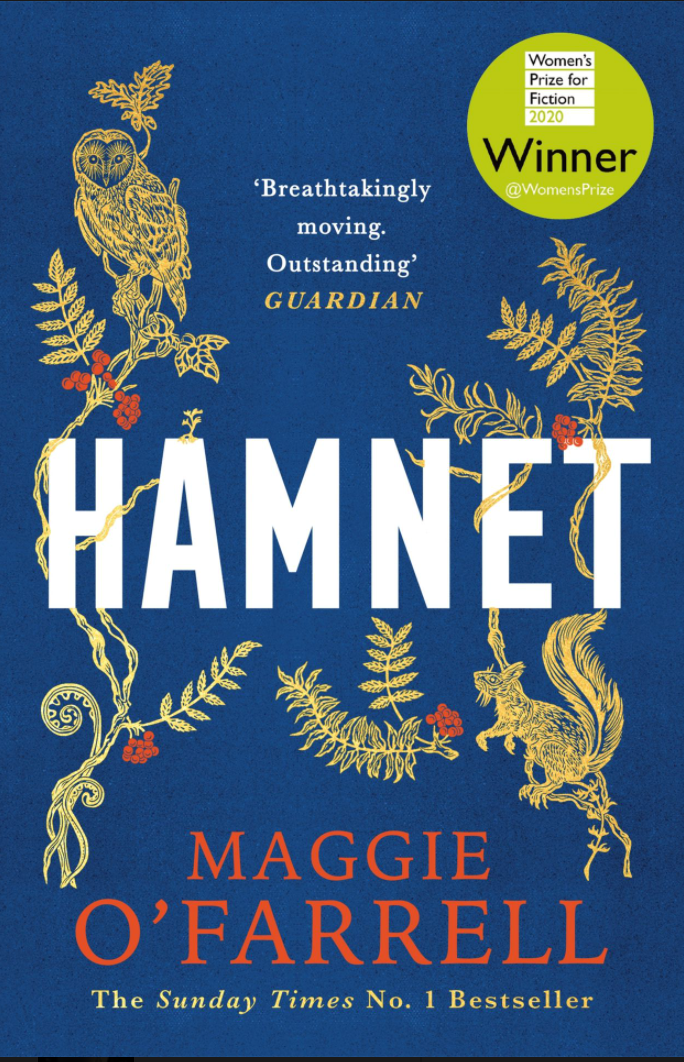 Lyrical pathos that focusses on Ann Hathaway and the terrible grief of losing a child.  The genius of the novel is not only the lyrical beauty but also that Shakespeare remains a shadowy figure in the background.  This book generated a deep fascination for me with Shakespearean social history and to dig deeper in the multitude of other poets and playwrights of the era and for that I am incredibly grateful. 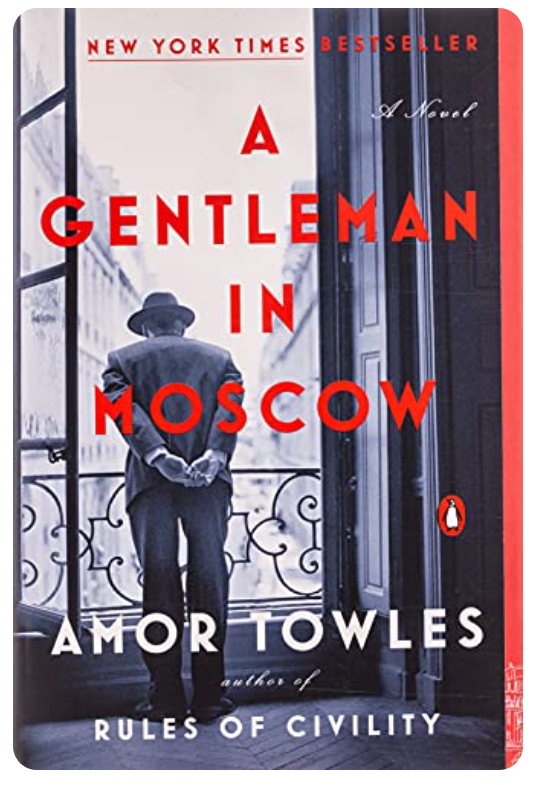 “A Gentleman in Moscow” by Amor Towles

The principal character of this beautiful book is a nobleman who had the great good fortune to accidentally write a poem in praise of the Russian Revolution. As a result, he is exiled to the finest hotel in Moscow which he can never leave rather than being executed. This is a study in human nature and kindness evocatively recreating Moscow of the 1920s with all the attendant cruelties of the Soviet regime. It is also a wonderful love story. 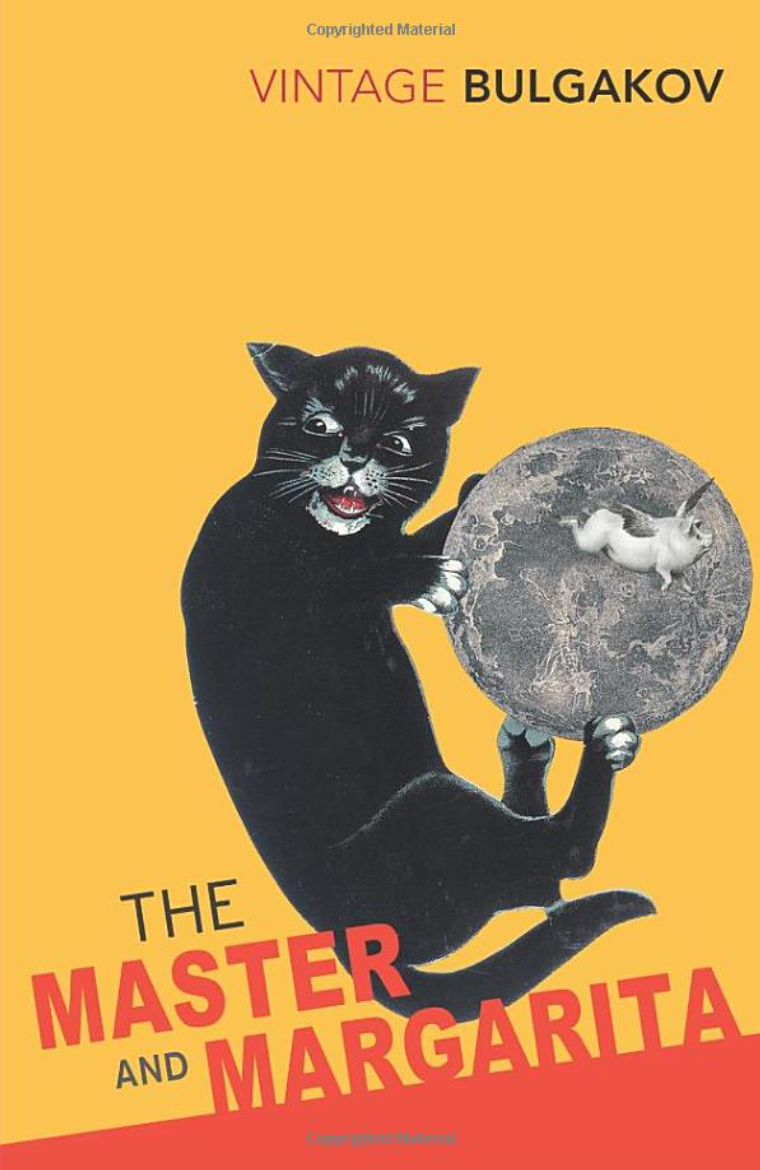 “The Master and Margarita” by Michael Bulgakof

This is one of the greatest surrealist novels. Written in the 1920s. The Devil and his familiars arrive in Moscow to chilling and comedic effect. There is a dual narrative of the Devil in Moscow and conversations between Pontius Pilate and Jesus leading to Jesus’ execution. It was given to me as an 18th birthday present by a very brilliant, deranged and very drunk actor. 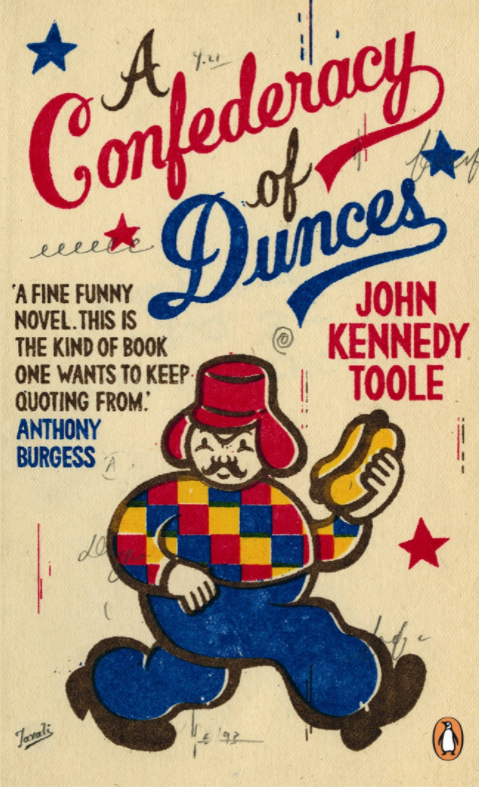 “A Confederacy of Dunces” by John Kennedy Toole

Given to me by the same deranged, drunk actor also for my 18th birthday. A work of comic genius set in 1950’s New Orleans about an outraged and revolting character Ignatius J Reilly. Magnificent book and great name for a quiz team. It is a magnificent picaresque comic novel. 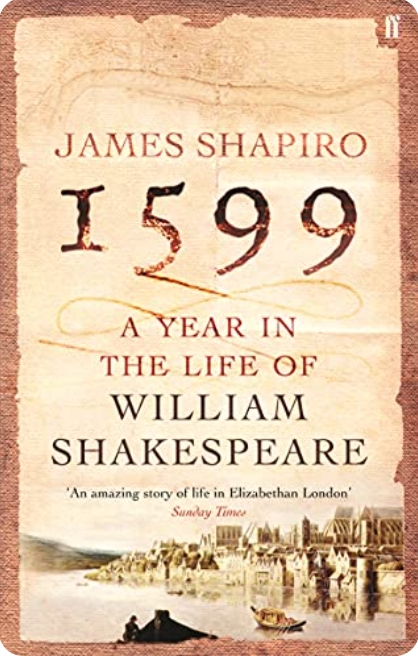 In 1599 Shakespeare and his partners built the Globe Theatre and wrote four of his greatest plays – Julius Caesar, As You Like It, Henry V and Hamlet. This remarkable sets the context of what was happening politically within England at the time and how the reverberations from the political landscape found resonance in these four plays. 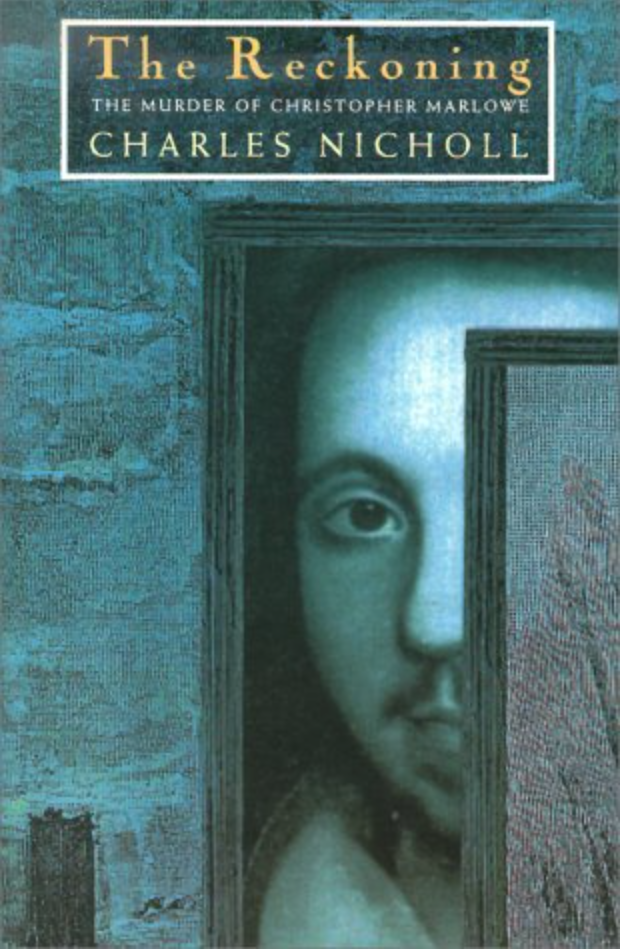 “The Reckoning” by Charles Nicholl

This is a history book about not only the murder by also the life and times of Christopher Marlowe playwright, spy, prodigy and forger. The commonly believed story that he was murdered in a Deptford pub due to a row over paying the bill (the reckoning) is totally disproved – he was murdered by other spies on the orders of Robert Cecil. This book gives an insight into how all the noble houses had their factions and how Cecil used the poets associated with any given faction as spies reporting back to him. 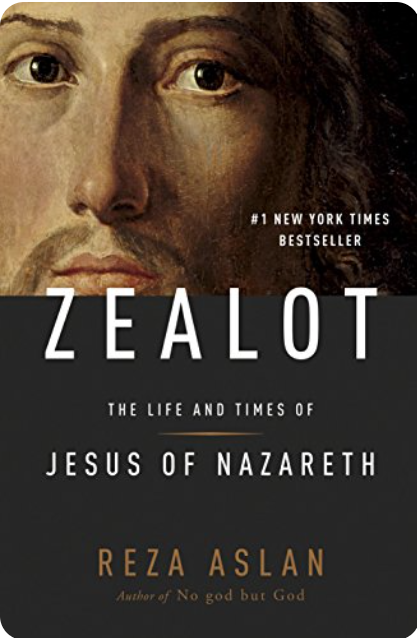 This is the history of Jesus the man. There is no doctrine, no dogma involved. I never knew that Jesus had a brother called James who ran the Christian sect of Judaism after Jesus was crucified for thirty years. Nor did I know that Christianity as we know it is mostly the invention of Paul (the Zealot) who never knew Jesus. Nor did I know that the first gospel was written by Mark in 55AD 20 years after Jesus’ death because the story had to reach the Greek Jewish diaspora because Jesus and all his disciples were illiterate. A fascinating and revealing book that reads like a thriller and is only 200 pages long. The footnotes are, for once, almost more gripping than the narrative. 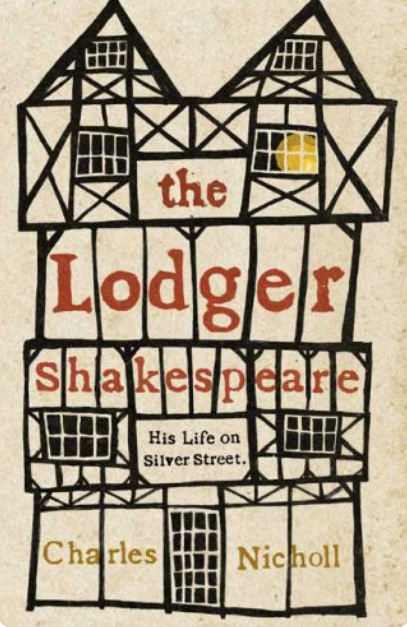 “The Lodger” by Charles Nicholl

This is about a court case where the plaintiff is prosecuting the defendant over non payment of a dowry. At the heart of it is Shakespeare and it is the only contemporary documents where his voice his recorded. Another phenomenal book about Shakespearean social history. 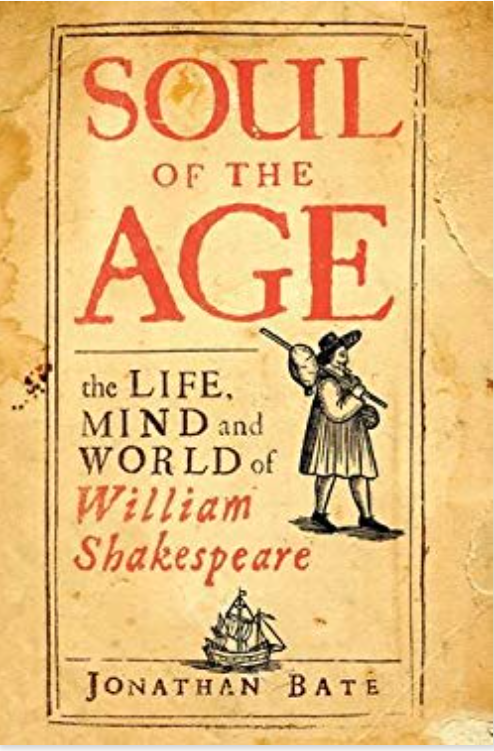 “Soul of the Age” by Jonathan Bate

Jonathan Bate is one of the foremost Shakespeare scholars and this book is probably the most comprehensive book about Shakespeare his life, his contemporaries and the world in which he lived. 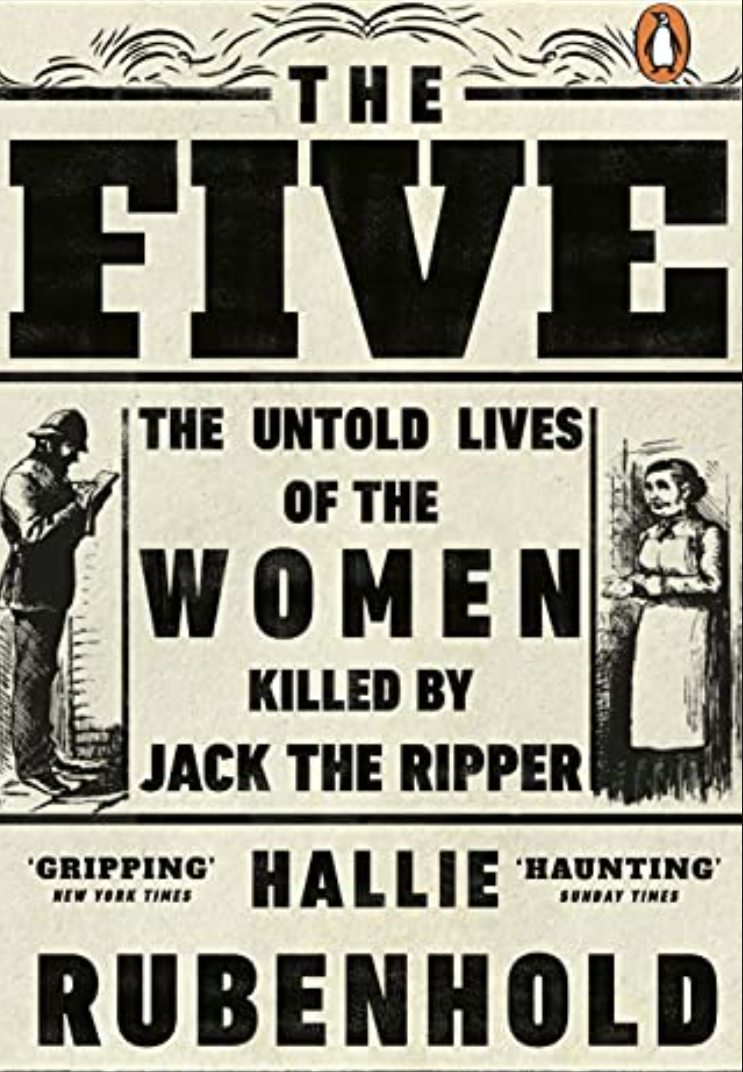 “The Five” by Hallie Rubenhold

Rubenhold has zero interest in Jack the Ripper. She does not know nor care who he was. This book is a remarkable work of research into the lives of the five victims of Jack the Ripper – the hardships they faced, the catastrophic situations they confronted in an age before the welfare state. All were killed while they were asleep, sleeping rough on the streets. One had been a prostitute many years before in Sweden but none of them were prostitutes when they were murdered. The only theory Rubenhold alludes to is that they were all probably murdered by people traffickers looking for the last victim. This book is like drawing back the veil on the dispossessed of 1880s London.